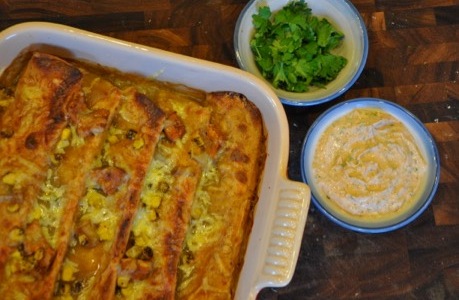 My dad is a … ahem how should I put this tactfully?… not so great cook. As long as I could remember his repertoire consisted of two things: veggie burgers (frozen ones that he heated up) and spaghetti. It didn’t matter much when this was broken up by my mom’s and my own cooking, however as I prepared to leave for college I became worried that both of my parents would develop a terrible nutritional deficiency or overdose on a primarily veggie burger and spaghetti diet (I’m convinced it is possible). So I set out to teach my dad to cook. With my dad as my sous-chef we cooked some of our old favorite recipes and even developed a few new ones of our own. Summer sweet potato enchiladas with chipotle jalapeño sauce are the product of that endeavor. 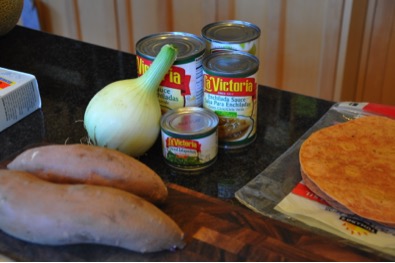 I should also update you that my dad’s cooking abilities have developed tremendously. While he may not be making enchiladas regularly, he can now whip up roasted veggies and he considers an expert in chili. 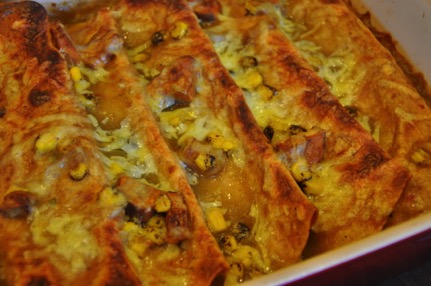 While sweet potatoes may be thought of as a Fall/Winter food, they are remarkably versatile and feel summery when paired with zucchini or summer squash. 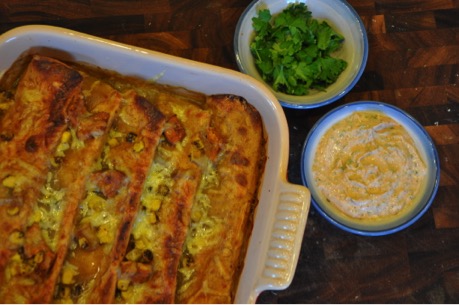 Yield: 5-6 enchiladas, depending how much stuffing you make and use per tortilla

Ingredients for the enchiladas:

Some Notes on the Enchiladas:

These are very versatile and can easily be changed based on what ingredients you happen to have available. Regular potatoes or butternut squash can replace the sweet potatoes, “veggie ground round” can replace veggie chicken, kale or spinach can be added, black beans can replace the veggie meat, etc. I tried to not use a frying pan for this, but if you want to sauté some greens or veggie ground round you can do that and then combine all of the various components (enchilada sauce, jalapeños, corn, baked potatoes, etc) in the frying pan. If you don’t have a panini press, the vegetables can be roasted in the oven or cooked in a frying pan.

Combine all ingredients in a food processor and blend until smooth. I didn’t provide any quantities because you can make this to your taste. For 2 people I would use about ¾ of a cup of Greek yogurt, and then add the rest of the ingredients to taste. 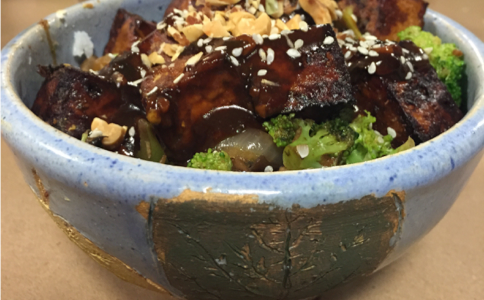 I was so excited to publish my first blog recipe that when I first posted it I neglected to even write anything about it! But Pascal (or Mark Twain, or T.S. Eliot, or….) was on to something when he lamented: “I would have written a shorter letter, but I did not have the time.” The focus of this blog is the food, so I’ll always try to keep my comments brief.

Orange Tofu Stir Fry seemed like a fitting first post because it is one of the first recipes I really developed on my own. In college it seems like every dinner is a “stir fry” of some sort, so I set out to make a stir fry that distinguished itself. After much experimentation, Orange Tofu Stir Fry seemed to do just that. With crisp, puffy tofu, lightly fried spicy broccoli, a citrusy sauce (that is just the right amount of sweet and sticky, not too much of either!), and a crunchy peanut garnish, it satisfies every flavor and texture craving! 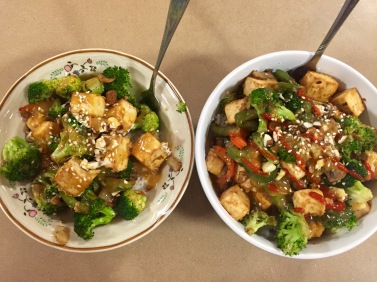 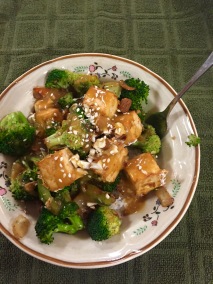 All rights reserved. Please do not republish recipe or photos without express written permission.

This is a text widget. The Text Widget allows you to add text or HTML to your sidebar. You can use a text widget to display text, links, images, HTML, or a combination of these. Edit them in the Widget section of the Customizer.